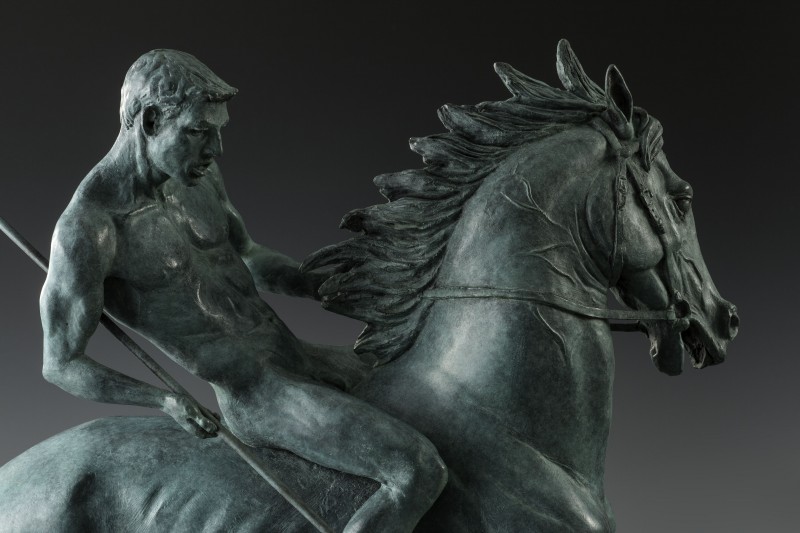 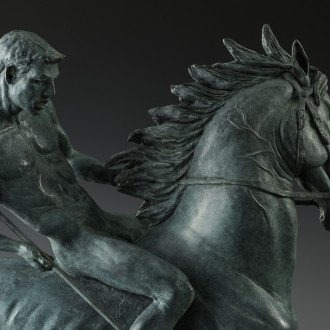 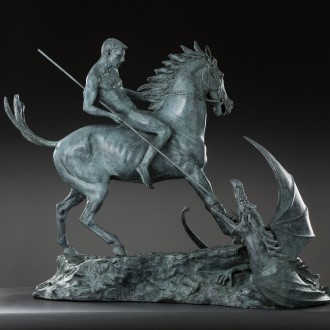 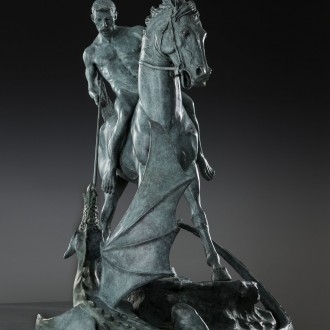 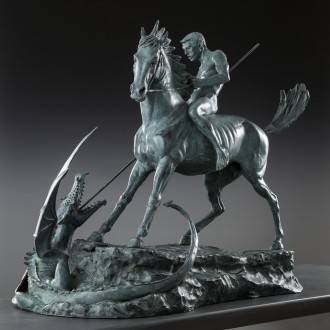 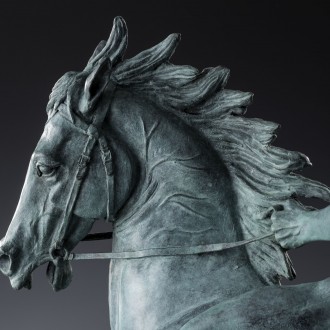 The legend of St George slaying the dragon has captured the imagination of artists for a thousand years or more.

The image achieved iconic status with Benedetto Pistrucci’s rendition on the coinage of the United Kingdom in 1817 during the reign of George III. It is still used nearly two hundred years later. It is a point of interest to note that IRB is the sculptor of the effigy of Queen Elizabeth II on the present UK coinage and that his version of St George and the dragon could be considered as a worthy successor to Pistrucci’s famous image.

Like the Pistrucci image Rank-Broadley has chosen to model St George nude. This follows the Classical ideal where the figure’s nudity implies the status of a hero. St George is shown as a youthful figure astride a stallion wielding a lance with great effect. The dragon although mortally wounded still continues to fight with spirited resistance.