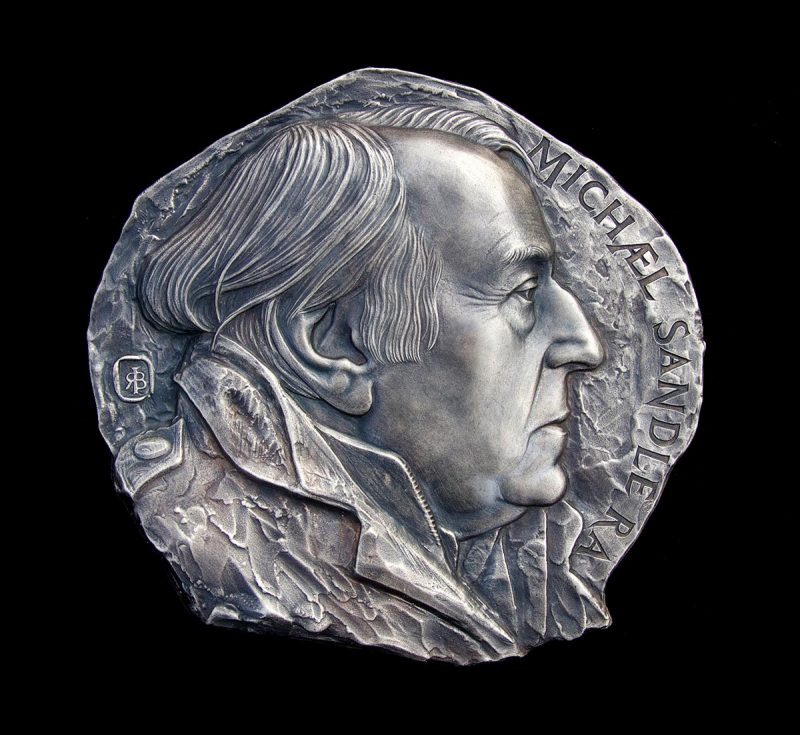 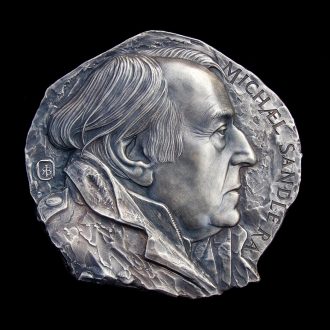 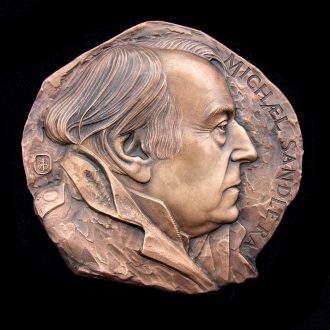 This uniface portrait medal was created to celebrate Michael’s 80th birthday in 2016. I have always admired his work and regard him as one of the great sculptors of the 20th/21st centuries. The regard is mutual, as Michael stated that I “must be the best figurative modeller alive in Britain. “
Much of his sculpture voices criticisms of what Sandle describes as “the heroic decadence” of capitalism, in particular its appetite for global conflict. He has also attacked the media for packaging and sanitising the destructiveness of war.
He was elected a full Academician of the Royal Academy of Arts in 1989.