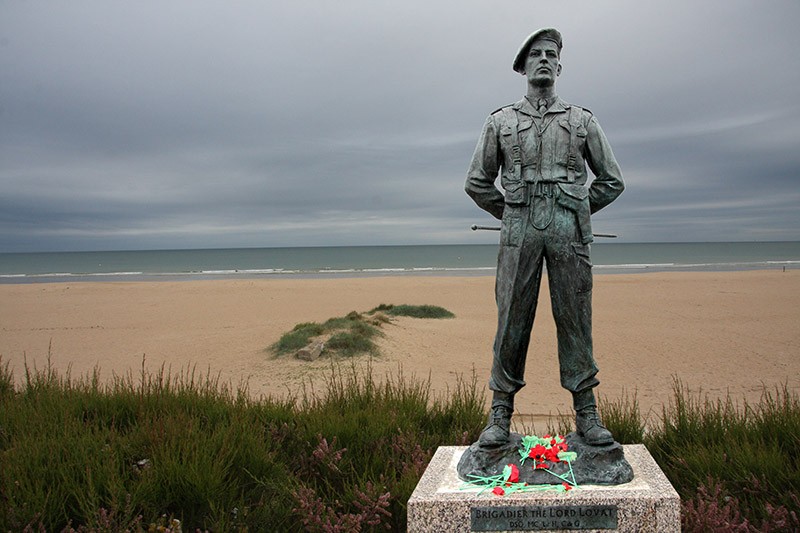 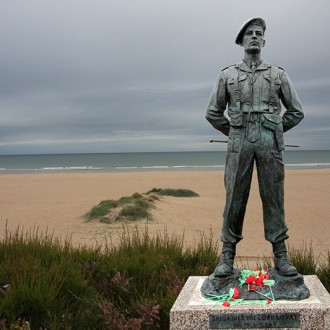 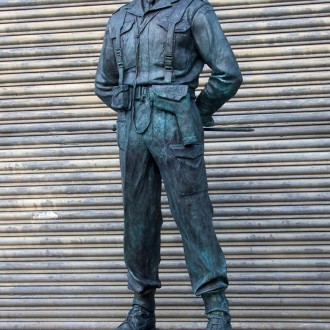 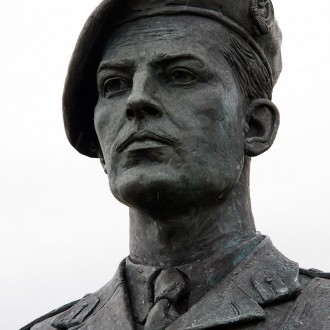 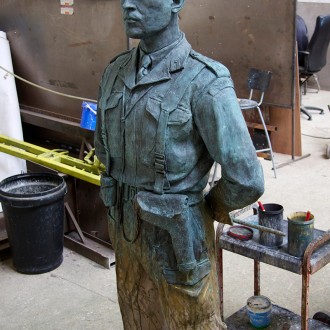 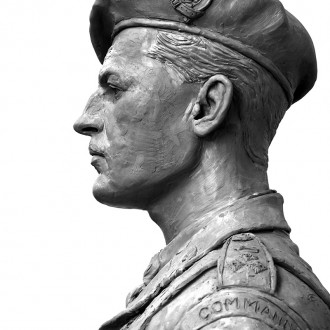 Brigadier Simon Christopher Joseph Fraser, 15th Lord Lovat and 4th Baron Lovat, DSO, MC, TD 1911 – 1995 was the 25th Chief of the Clan Fraser of Lovat and a prominent British Commando during the Second World War. His friends called him “Shimi” Lovat, an anglicised version of his name in the Scottish Gaelic language.

He distinguished himself leading 1st Commando Brigade in the D-Day landings in Normandy in 1944. During the Battle of Breville on 12 June, Lord Lovat was seriously wounded whilst observing an artillery bombardment by the 51st Highland Division. A stray shell fell short of its target and landed amongst the officers, severely wounding him. Lord Lovat made a full recovery from the severe wounds he had received in France but was unable to return to the army.

This sculpture was commissioned by the Fraser Family and Clan in memory of the men of the 1st Commando Brigade and stands near Sword Beach, Ouistreham, France.