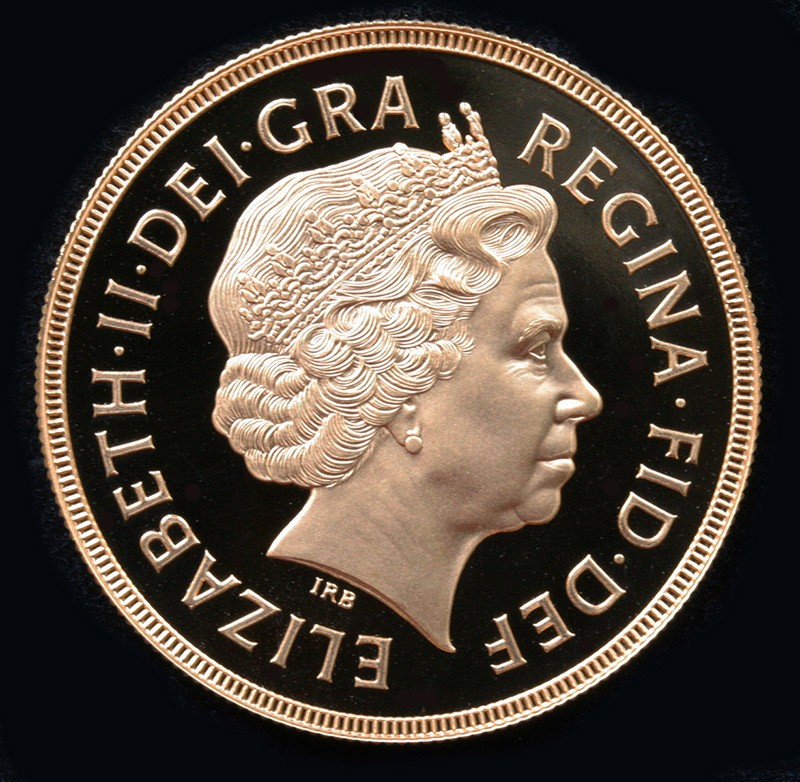 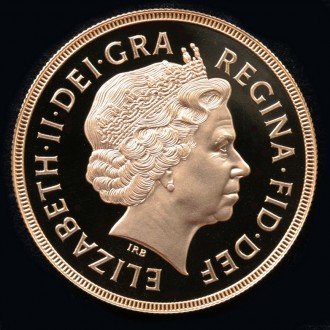 The sovereign is a gold coin of the United Kingdom, with a nominal value of one pound sterling but in practice used as a bullion coin.

The initial reverse type for gold coins was the shield and crown motif, supplemented on the sovereign with a heraldic wreath. This was succeeded by a portrayal of Saint George killing a dragon, engraved by Benedetto Pistrucci, which remains to this day.