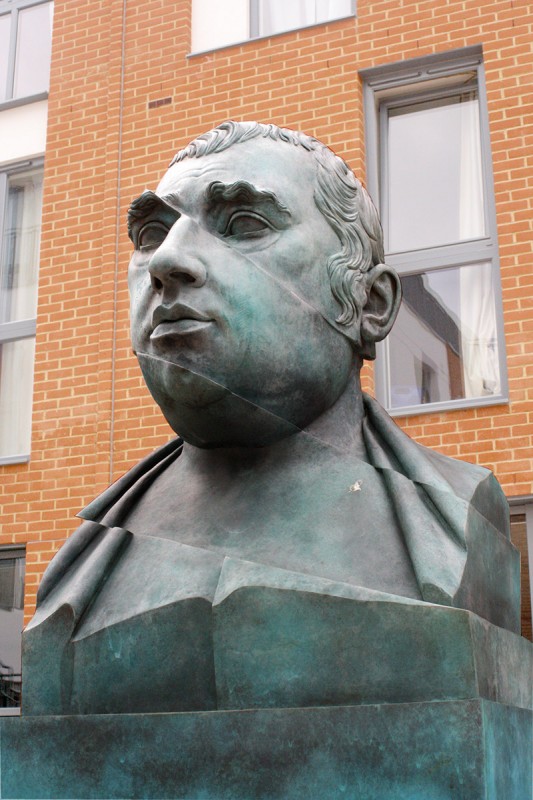 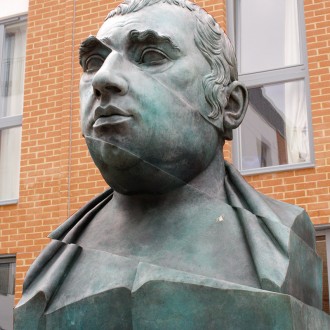 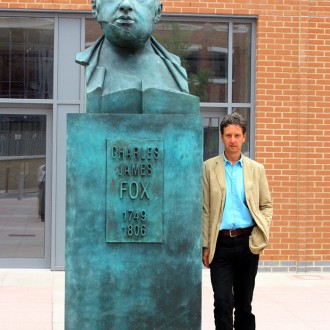 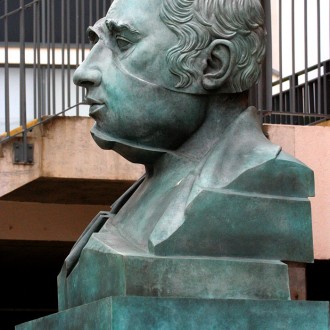 Charles James Fox, 1749 – 1806, the second surviving son of Henry Fox, 1st Baron Holland and Lady Caroline Lennox. Styled The Honourable from 1762, a prominent Whig politician, he served in Opposition to the Government for most of his 38 -year career. He was held in high esteem by the public for his stance against slavery, and his advocacy of religious tolerance and individual liberty. . He was notorious for his rakishness and drinking; he lost several fortunes through gambling. The sculpture stands in Chertsey , Surrey, where his mistress, later his wife, resided.

The heroic bust is based on the contemporary portrait of Fox by Joseph Nollekens. The head has been sliced and reassembled to reconstruct the portrait afresh. in a post-modern manner.