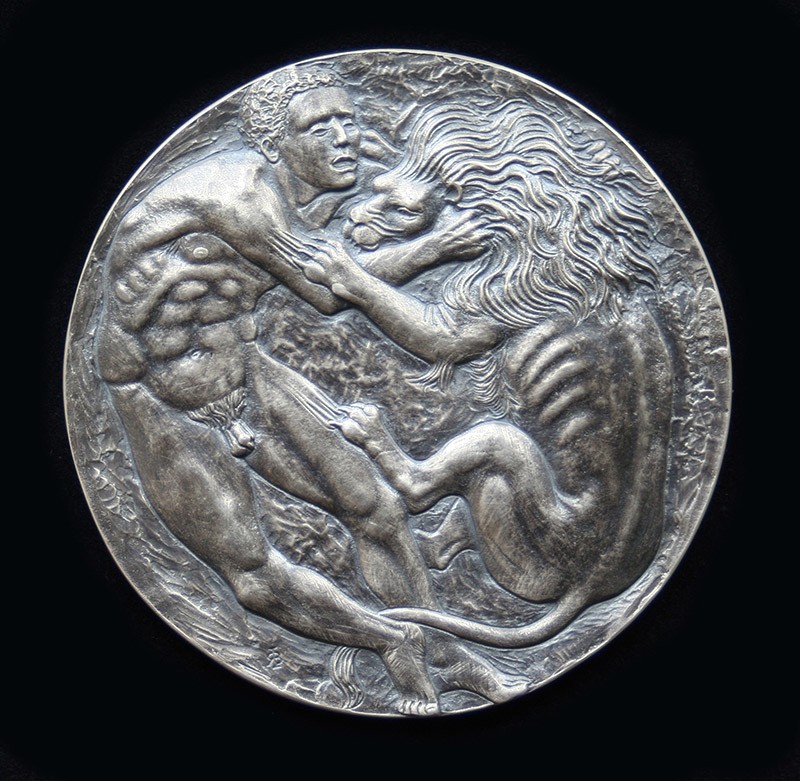 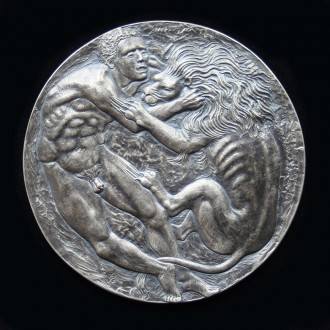 The Society’s Medal was instituted in 1883. It is awarded annually to ‘some person highly distinguished for services to Numismatic Science’, as elected by the Council, normally at its April meeting, on the vote of at least two-thirds of those members present. The dies for the original silver medal were given to the Society by Sir John Evans in 1883. A new cast silver medal featuring Heracles and the Lion was commissioned from Ian Rank-Broadley and was first presented in 1993.